How To Start A Real Estate Business without A Money

How To Start A Real Estate Business From Scratch 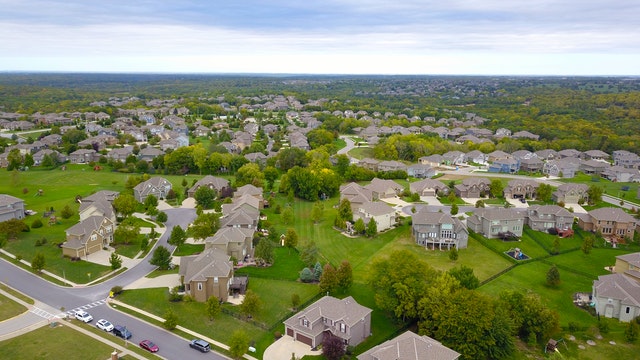 "Wait a second. That doesn't make sense." Are you saying the chicken comes first or the egg? Because you can't get experience until you actually get out there and do something. And then they're going to say "Yeah.

But if you mess up because you don't have the experience, you're going to lose everything bro." You can see why this is what keeps people from starting the real estate business. And I want to show you how to kind of get over that today. I'm going to introduce you to some acronyms. And here they are. The first one is OPM.

Did you know the stands for? It's not opium. For the masses. This is OPM. Stands for other people's money. So, when someone says, "Oh, I don't have money. Oh, I don't have credit." I say, "Great, then what you need to learn how to do if you're starting a business from scratch. Your job isn't to possess the resource. Your job is to gather the resource.

That distinction my friend is worth a million dollars to you. Your job isn't to possess the resource. Your job as to what? Gather the resource. So, OPM means I got to go out and find the people who have the money.

And by the way, why would someone give money to you? I mean you've never done any of this before. Easy. Because if you find a really good deal, then the money talks, and then people jump in and that's how people and real estate get started every single day.

Listen, you want to specialize as quickly as possible. And if you're going to do your first 5 deals, do not do 5 different kinds of deals. You want to pick the best strategy and then do that one strategy 5 times. You want to that for a couple of reasons.

Because if you don't put any money up and something goes bad, guess what? You're protected, right? I want you to be insulated. And I don't want you to have this excuse of "But I don't have the money." Some of these deals take maybe like 4 or 5 grand. You'll find amazing deals it'll take 10 grand. But you'll find deals that don't require any money or like a very nominal amount, right? So, leverage someone else's system.

2. The next thing that I want you to be aware of is that you want to leverage O-P-E. Other people's what? Experience. What you need is a guide. Sometimes they're called Mentors.

And I want to give you the definition of a good guide. The guide has already been where you want to go many times. Like imagine for a moment that you want to climb Mount Everest, right? Like you have a choice. There are 2 guys available ones like, "Dude, this is like my first time up Everest but I got certified online.

It's going to be awesome." And you got the other guy who's like, "Alright. You're going to prepare. You're going to do everything that I tell you to do. I've helped 300 people up the mountain and no one has died on my watch yet. Not one. And you won't be the first.

It's like... Which guy would you pick? I'd probably pick Mr. crotchety, right? Like crotchety over surfer dude, probably going to be a safer pick. Similarly in the game of real estate, an experienced guide has done what you want to do at least ten times over.

So, for example, if you're like, "Hey, I want to make a million in real estate." Then go find someone that's made 10 million dollars, right? That already exists. Do not reinvent the wheel and don't be out there alone like the lone wolf. So many people are like, "If you want something done right, you do it yourself." That's how you get killed. Do not murder yourself. What you need to do is you need to say, "If you want something done right, you get a pro, you get a team, you get an expert." So, O-P-M, O-P-S, O-P-E leads to O-P-D.

July 01, 2020
Investment Ideas in the Stock Market Investing isn’t about beating others at their game and beating the market. It’s about controlling yourself at your own game. Control and Follow: GOLDEN RULE Never follow the market or trend like: if the price is going high never buy stock and if price going down never sell your stock ·         Your brokerage cost, by trading rarely, patiently, and cheaply ·         Your ownership costs, by refusing to buy mutual funds with excessive annual expenses ·         Your expectations, by using realism, not fantasy, to forecast your returns ·         Your risk, by deciding how much of your total assets to put at hazard in the stock market, by diversifying, and by rebalancing ·         Your tax bills, by holding stocks for at least one year and, whenever possible, for at least five years, to lower your capital-gains liability ·         And, more of all, your own behavior. Always prevent yourself from being
2 comments
Read more

August 30, 2020
we waste our time on was not easy we are masters of time wastage we have our black belts in procrastination have earned our PhDs in watching those seconds turn into minutes and we all get a degree for wondering why we don't get anything done.   1 . Being dismally organized if someone came to you and said would you work for free for two and a half days your reaction would likely be along the lines of are you crazy of course you wouldn't work for free for two and a half days without there being some kind of reward down the line. However, studies reveal the average person spends 2.5 days a year looking for lost stuff and that's the average person who you imagine is semi-organized imagine the person that really doesn't have their together 60% of people were late for work, 49% skulked into meetings late 22% miss their flights trains or other travel plans and the repercussions can be costly. It's really not that difficult to have one spot to put your sunglass
Post a Comment
Read more

5 Principles of investing by Warren Buffett

August 05, 2020
- How to invest like Warren Buffett If you want to study and understand Warren Buffett in his own words, how he sees business, how he sees investments, I think this is the best resource.   Warren Buffett's five principles and rules for investing.   1. Never lose money Never lose money. Rule number two: never forget rule number one. You have to understand Warren Buffett doesn't just look at the return on investments. He also looks at the return of investments. Meaning, how safe is this investment gonna be in five years, 10 years, and 20 years? And Warren only invests in what he understands. Even though there are so many opportunities come across his table, and some of those are tempting, but Warren doesn't look at those. He only invests in what he understands. You see, most people, approach investing like they're going to Vegas, like they're gamblers, they're not investors. They go into the stock market thinking about, "Well, you know
Post a Comment
Read more